Time and space: stormy history, the present and the future

The philosophers always like to compare time to something, such as "the years are like water" or "the years are like songs", because the human condition dictates that something abstract and ineffable has to be used with something figurative and perceptible to facilitate cognition. Against the fear that comes with the unknowable, this is actually a pleasant expedient. It is by such methods that mankind has created a shining civilization that has mastered the world far faster than any species that has ever existed on Earth, which seems to be a good thing, but it also sets the stage for future trouble.

Human beings often forget that they are forgetful, and this is a truth that they have to admit, albeit reluctantly. It is for this reason that history is valuable. The wise men of the past have long been keenly aware of the characteristics of "impermanent potential of water" and "impermanent tune of music", but helplessly mankind has always fallen into the inertia of seeking a "boat for a sword" without knowing it. In the troubled times of "hard to find a soulmate" and "hard to find a soulmate", I put myself in danger at some important turning points. In a few short years, in the midst of rapid changes and decrepitude, it seems that we have already experienced several rounds of reincarnation, only to be born and to die. Although the years are like a song, the song has changed drastically, not as a new song, but as a fast-forward button that has been pressed to change the psychedelic. Humankind is facing a turning point because of the "metaphorical misrepresentation" of our cognitive habits, which makes it seem as if we are living in a different world in the present, but at the same time, it is easy for us to look into the future and lose ourselves.

The 21st century may be destined to be a far more disruptive era than the 20th century. She will give us great hope, but she will also easily turn everything back to its original form.

In the face of such an amazing turn of events, one needs not only enthusiasm and wisdom, but also a bit of composure and childishness to be able to keenly pick up on the key signals that are being released in the chaos of the beginning of those dramatic changes.

Elements are being reconnected, order is being reconfigured, and civilization is being redefined. The new wave of data technology-based revolutions is transforming economic and business models from the ground up, and will have a profound impact on social institutions and ethics.

The world is embracing the new stage of life given by the times with an unimaginable posture and unimaginable rhythm, metabolized in a traumatic tear, and shifted with difficulty in the fragile balance of continuous disintegration.

Tradition and the future meet today, wind and bubble are intertwined at this time, old species and new species are competing in the present, the trumpet of innovation and entrepreneurship wakes up every sleepy cognition again and again, and the cyclical movement of the economy is quietly giving birth to the secret of wealth change.

Reflections on a career life that's tossed around for decades

The fireworks shine on the water, not creating ripples, but stirring up waves in the heart of the viewer. Once upon a time, a hundred-turned, heart-rending concerto of courtship was finally played on earth.

There was the sweet, blindfolded courtship, the monstrous waves of the capital market caused by the capital crocodile, and the countless conceptual banners erected by Internet players, but often turned out to be empty.

There are also painful confessions of bitterness, sentimental entrepreneurs in the exploration of perseverance and change in a hunchbacked life, once on the cusp of the entrepreneurial trendsetters also collectively caught up in the troubles of growth.

Everyone's face is full of heartache, must be where the problem.

Often the problem is not outside, but from within, what the problem is, depends on the person who looks at the problem itself, whether it is the mind of the Buddha or the mind often mentioned in today's propaganda, are immensely attached to this problem, poor world only regard it as idle. If you try to provoke the times with a devious mind, the times will certainly return the favor, and love driven by speculation is not destined to last.

The times are in fact a projection of the human heart, and how the times will develop depends on the direction of desire. The ultimate meaning of love is to make each other better, not to be narrow and selfish, and the same is true of the relationship between man and his time. At the turning point of the times, the choice of what kind of person to be becomes the most urgent demand.

Change yourself in a time of change. Let yourself be the one who dances with the times. Instead of becoming a person who has lost even himself under anxiety.

To change oneself, it is important to be renewed. The essence of the only newness is to realize the true value and meaning of human beings through the cognitive upgrading of the external world and the origin of life, to achieve a state of production and life in which one can change one's faults, change one's virtues, be courageous and progressive, and in the process enjoy the joy of a life that is one with heaven and earth, one's friendship with the years and one's development.

Human beings are first and foremost beings, not machines, and not a meaningless string of codes. Human's original energy comes from the energy of life, the ultimate goal of human is to understand life, transcend the external and with all things as spring. In the process of development, we should continue to explore life research and practice to achieve the overall healthy development of human body, mind and soul, and in tune with the times.

The difference between human beings and ordinary life forms is that they have their own unique culture, which can evolve with the times. In fact, those who have a heart have already sensed that the era that is coming to us will be an era of cultural collision and fusion, revival and innovation, an era of aesthetic awakening and spiritual blossoming. The power of culture will permeate every aspect of human society in a completely new way, and will help push human civilization to embrace a new leap forward.

The elements are being re-examined, dimensions are being redefined, trends are being re-affirmed, and the possibilities are infinite between the changing and the unchanging, and every decision is destined to profoundly affect the future trajectory of life and career.

In the new era, business will become a key means to reconnect elements, rebuild trust and achieve new happiness, and life and career, individuals and organizations will seek a higher level of harmonious coexistence under the power of business.

The real history of mankind has not yet begun, but the future of mankind is already here. Time will always favor the wise who take heart in the lightest of browbeats.

In the current of the times, it is destined that there will always be a way to get to the other side of the destiny, and the difference is whether to grasp the straw or the reed.

With the outbreak of the new scientific and technological revolution, people are forced by the many facts, including the change in the relationship between the various species, including human beings, to carry out another revolution of self-knowledge, a new cognition of all the information and knowledge existing in the world.

At this stage, the problem is not that we have nothing to do, but that there are so many options, and that the dazzling array of information, methods, trends and vents hinders our ability to think rationally and measurably.What is lacking is a basic set of ideas for understanding new worlds, new laws, new species, to sift through the key messages and achieve a precise grasp of the laws, which is the fundamental meaning of transformation.

At this point in time, the problem is not the lack of resources and the disappearance of the so-called "dividends".What is lacking is a new way of looking at the elements of resources that can break the rules in order to connect and share more dimensions, which is what innovation is all about.

Times should not be torn apart, times should be one; the world should not be for a few, it should be for all. In an age of interconnectedness, to stand alone is itself a delusion.This time the transformation and innovation will no longer be the sudden flash of light of a few, but should be blossoming everywhere; not each individual struggle alone, but should be holding a group to charge.

Fate: A Converging Departure for the Next Thirty Years

Superficial words of love have long been unable to win the admiration of the times, and only sincere efforts can harmonize with the times. When the exploration of transformation and innovation is evolving into an unprecedented social experiment, what is lacking is a group of leaders and organizers.

We are trying to be the initiators, process makers, organizers and participants in the exploration of new people, goods and places in the post-epidemic era. To organize a community of like-minded people to carry out this exploration around the biggest social topic of innovation, to explore a new path of resource allocation, a set of innovative solutions that can be replicated and scaled up, a growing ecology of transformative innovation.

Our mission is to lead the participants in the experiment to complete cognitive enhancement, self-diagnosis, resource sharing and co-power development, and to export the results of our experiment to the wider community to create greater value.

It would be a platform for learning together.. Integrate and filter all key information related to the development of the times and transformational innovation, and be the gatekeeper of information. Using innovative experiential learning methods, we will study together, allowing insights, experiences and ideas to create chemical reactions, examine realities that need to be reimagined, and seek the pinnacle of resonance with an uncertain future.This will be a platform for resource development，Explore those resource elements that have not been given enough attention in the transformation of the times, build a brand new mechanism for cooperation and sharing of resources, so that resources can be fully empowered for transformation and innovation.

It will be a platform for win-win cooperation，Gathering the thoughts and expectations of various groups of people for the future and the present, we will discover a new world with the vision of designers, consultants, photographers, illustrators, and copywriters, and initiate innovative integrated design cooperation projects to open up new blue seas in the market together.

A new era is bound to give birth to new people and new power groups.

A new era is bound to see new giant

ideas stand out, and new models make a splash. 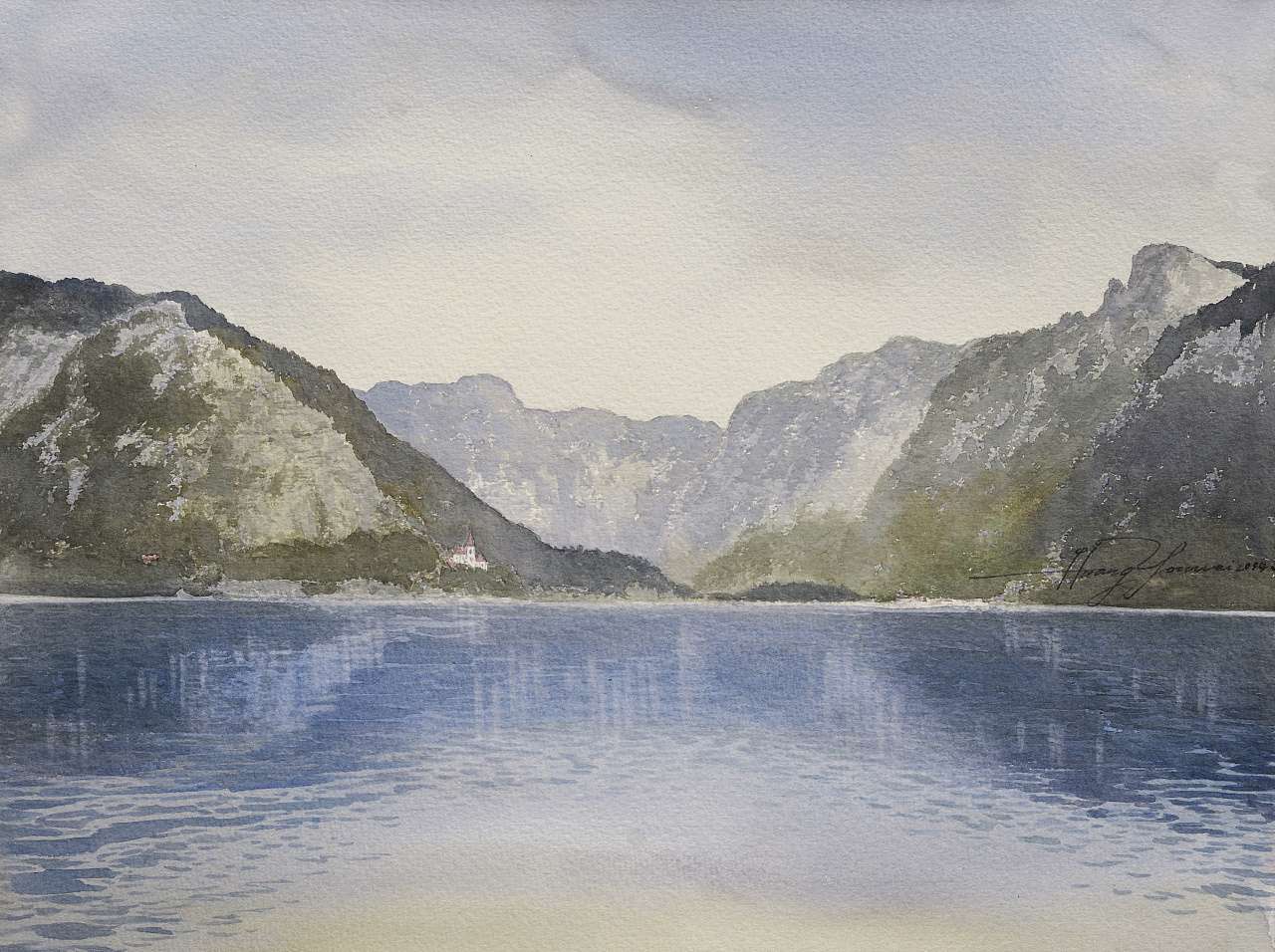