Why you should actively seek change

The philosopher Heraclitus famously said the only thing constant is change. Not only is change omnipresent, it is happening faster and with more intensity than ever - which is why you should actively seek change yourself.

You might be wondering, if the world is changing so fast, why do I should go out of my way to seek it? Won’t change just come to me?

Yes. And that’s exactly the problem. When change comes, it often brings with it discomfort, displacement, and disruption especially to those who are unprepared to handle it. To those who are prepared, change can be a powerful catalyst for growth, opportunity, and construction. But to prepare, you have to learn the how to handle change.

Handling change is a skill

I once worked at firm during a time when it was hemorrhaging money. Management decided to make cuts up and down the employee ladder. Both senior and junior employees were let go. For nearly all, it was the first major negative employment shock they experienced. It was an extremely unpleasant time, filled with fear and anger.

The clear experience gap that existed between the senior and junior employees during stable office times evaporated when exposed to sudden unemployment. The senior employees had the same shock as the junior employees. You would think that those with their “10 years of experience” would have an edge compared to the junior ones who had essentially just graduated college. But they didn’t; they were just as lost as their junior counterparts. When the shock came, they were just as “experienced” as a young green college graduate.

We like to categorize things as positive or negative. A binary classification is a very practical way to simplify a complex world. When we run into a bear on a hike, we do not question whether the bear means us harm or is simply traveling across the forest to find berries. That would be extremely impractical. Rather, we quickly classify the bear as capable of doing harm (i.e. negative) and decide to get out of its path. The person who chooses to analyze the bear for too long may not exist much longer. While useful in such practical situations, this approach can be rather flawed when analyzing our own reaction to change.

Immediately after the layoffs, nearly everyone viewed the event as, understandably, extremely negative. But years later, most viewed the event in a primarily positive light. None of them had particularly enjoyed the job, and the shock proved to be a forcing function to change to something they enjoyed more. While the journey was painful, it led them to a better place. So was the change positive or negative? 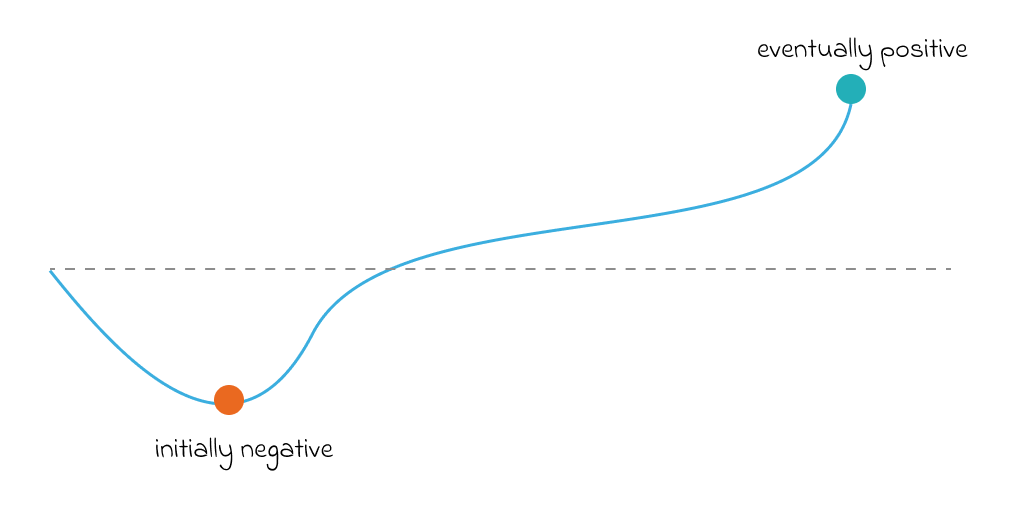 what is initially negative can become positive

Change is inherently uncomfortable and risky. Like with the bear, we have a tendency to take a quick reading based on the immediate situation and classify it accordingly. But as we have seen, people can modify their classification over time. This is because the consequences of those events are not fully played out. And it is the actual consequences of change that ultimately define it as positive or negative.

Let’s back up. If consequences define positive or negative change, then what impacts consequences? Our actions. And how do we choose what actions to take? By our perceptions. 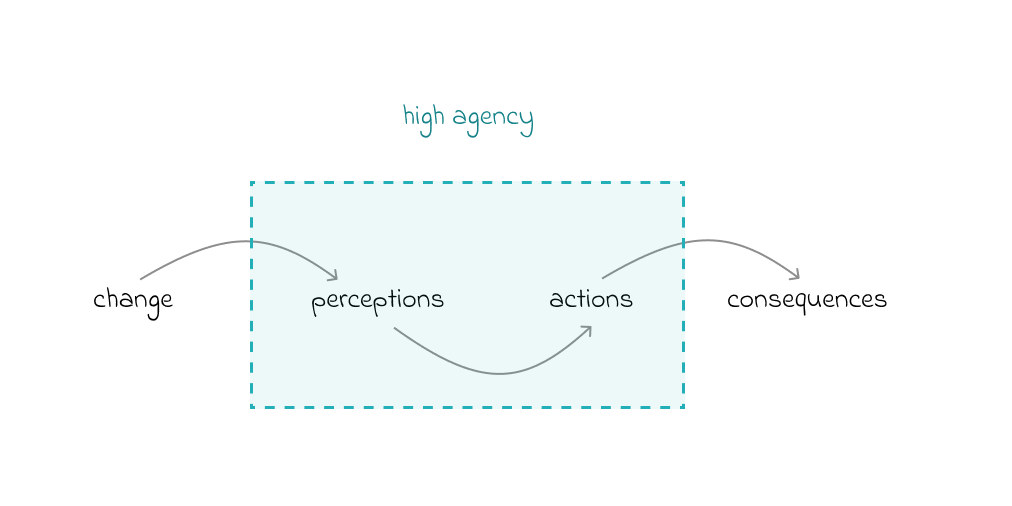 In this chain, you have little to no control over the input itself and can you never fully control the output. It is your perceptions and actions that you have the most agency over. This makes them the most useful areas to focus on to maximize the chances of a positive outcome. This doesn’t mean that you can completely define how change will impact you, but it does mean you have more of a hand in its future formation than you might think.